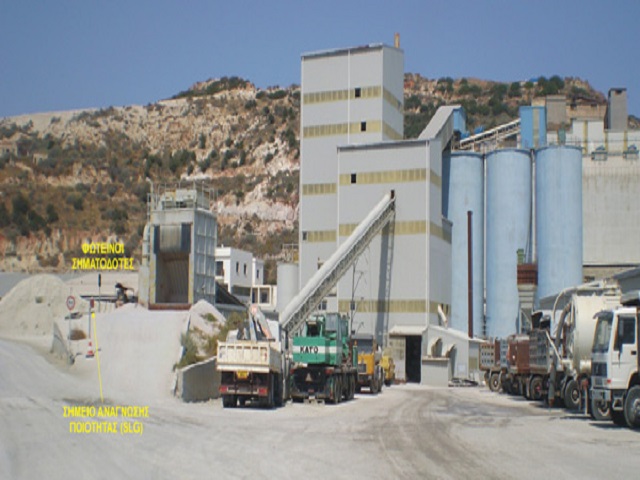 The project involves modernizing the existing automation system and SCADA system installation in New perlite Unit,  S&B ‘s plant in Voudia Milos. The control unit was on a desk and check marks appear in the sign chart, with no possibility of recording events and alarms. Again achieved the automation of the plant and installed new PLC, which is connected via Profibus with existing peripheral stations, while for operation installed system SCADA. The desire of the client was to be a hybrid system, it could be selected by the operator the ability to control from SCADA, or from the control desk (always through the new PLC), while maintaining the sign chart. Initially, the new CPU was SEND – RECEIVE contacting any current CPU, then the functions of the existing CPU incorporated in the new program. Control, for reasons reserve, used 2 redundant computers for the SCADA. The unit is in operation since July 2007, while the inclusion of the old to the new CPU was in October 2007.