The project involves the modernization of the Converters Unit of the Newco Ferronikeli plant in the Kosovo town of Glogovac. The plant reopened in 2007, after a standstill of about 10 years, leaving the old Converters’ automation system, which had been installed in 1980, in need of major repairs to get it up and running. The solution was the complete replacement of the old system, the construction of new distribution boards, the installation of new instruments, the installation of a PLC for the control of the machines and a SCADA system for the operation. With the installation of 2 distribution boards and 8 peripheral PLC stations, connected to a Profibus network, on the one hand we greatly reduced the volume of cables and on the other hand through this distributed system it became easier to maintain the unit. These stations are controlled by 2 CPUs, with hardware redundancy – in case of an error in the one that is in operation, the other automatically takes over, without the slightest interruption in operation. We also installed 2 peripheral control stations – one for each Converter, where it is possible , if allowed by the operator in the control room, to have access to SCADA locally! Two SCADA computers were installed in the controller, which are running at the same time for backup purposes. The project was done in two stages, with a difference of 1 month between them. In the first phase, Converter 1 was put into operation and then it was installed in Converter 2. The unit has been in operation since October 2007. 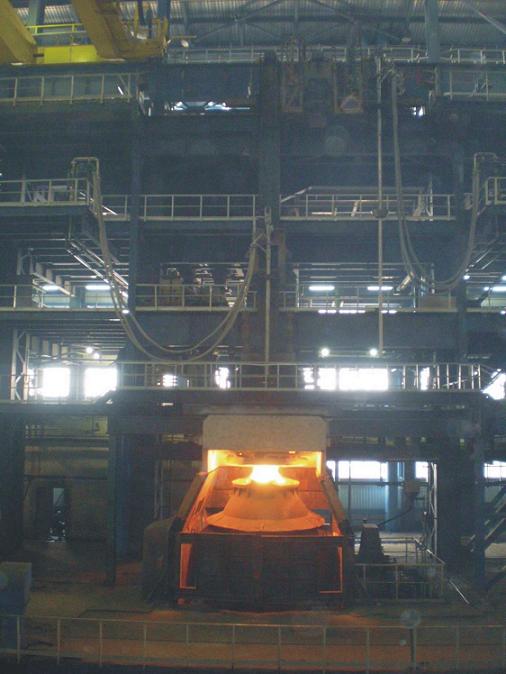